Here in Qaqortoq the sampling has been going well the past two weeks and I’ve collected data on over 200 Atlantic salmon from the local market. There have been a couple slower days with fewer than half a dozen salmon, but on the flip side I’ve had days with over 40 salmon! I’ve been able to build a nice rapport with many of the fishermen who now often bring their catch directly to me and the sampling equipment before putting their salmon out for sale. On Tuesday I mentioned to the market manager that I wanted to do something for the fishermen and would be bringing pastries for them on Thursday. I meant for it to be a surprise but on Thursday “my regular” fishermen showed up with 44 Atlantic salmon! Maybe it was a coincidence, but I think the pastries had something to do with it – especially since the market manger told me they were looking forward to eating “cake.” 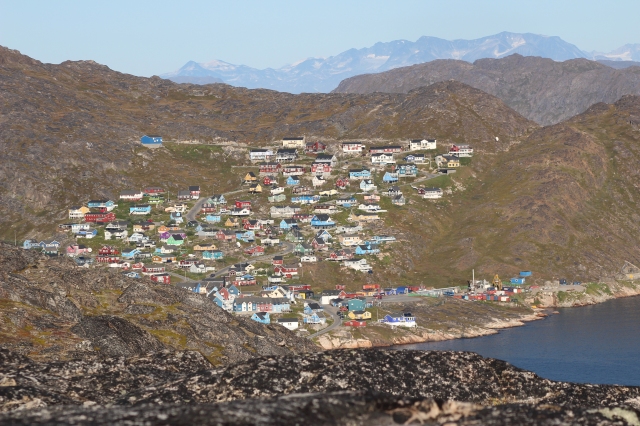 View of Qaqortoq from a nearby hillside. Photo credit: Graham Goulette, NEFSC/NOAA Fisheries.

Nearly every day a different cruise ship pulls into the harbor in the morning and an array of tourists from Western Europe, Australia, China, North America, etc. descend upon Qaqortoq to visit the local shops, cafes, and the market. I’ve had the opportunity to explain the West Greenland sampling program to many of them and they all appear very interested in the work being conducted. I explain the biological data I collect helps determine the health of the fish, the scale samples are used to age them, and a small tissue sample collected can be analyzed to identify the region of origin (i.e. the country and even region within a country that the salmon originated from).  I also do my best to explain the purpose of some of the other samples which I am collecting at the request of cooperating scientists from across North Atlantic (i.e., presence and counts of sea lice). Of course the tourists are surprised to see the array of critters for sale at the market in addition to the fish; seal, porpoise, whale and seagulls. Personally, I tried everything except the sea gull. Most wasn’t too bad, but I had to force a grin while chewing and swallowing the raw whale meat and skin.

There have been several days at the market without the market manager. On one such day I found myself trying to assist the fishermen with negotiating the sale of fish to a cruise ship. The ship’s personnel only spoke Dutch and English, and the fishermen speak either Greenlandic or Danish (or both), so there was a bit of confusion and all I could think to myself was “please don’t screw this up!” However, my familiarity with the prices of fish and which catch belonged to which fisherman helped the transaction go smoothly.

Audrey Dean, a colleague and graduate student from the University of Waterloo in Canada, has arrived and will be taking over the sampling for this international effort. I’ve spent a couple days showing her how to sample the Atlantic salmon at the market and getting her acquainted with the fishermen. The data she collects, along with all the data from other biologists located in different Greenlandic communities, will be compiled, analyzed and reported to the International Council for the Exploration of the Seas (ICES)s’ Working Group on North Atlantic Salmon (WGNAS). The WGNAS will use these data as inputs to their international stock assessment efforts to assess the status of Atlantic salmon populations across the North Atlantic. 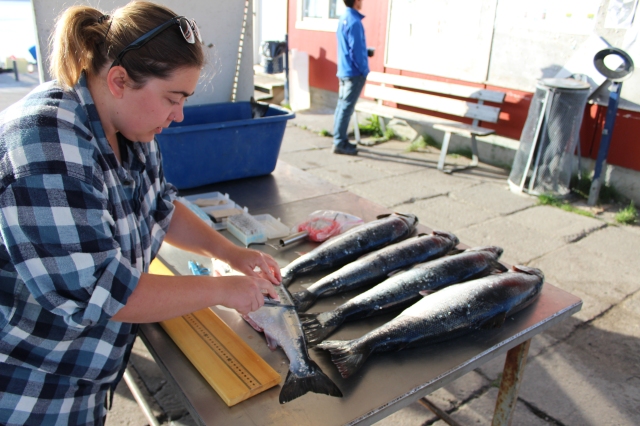 I’m going to remember my time here in Qaqortoq well, but my photos can’t capture the real beauty of the village and landscape (and I took Photography I and II …over 20 years ago in high school). The experience has been great and I’m fortunate to have had such an awesome time here in Qaqortoq, but I’m ready to be home in a few days. The fishermen, and the entire community, have been very friendly and welcoming, but I’m excited to see my wife and kids! And our dog, Benny, too! 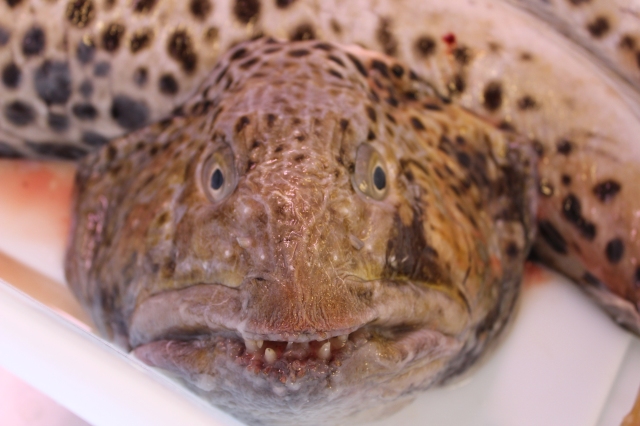